Let’s get cracking and first on the agenda is CS:GO! The first GMPGL for the first person shooter has taken place in the Philippines and saw eight teams compete for the first trophy! TnC Gaming came out on top after beating Epic Gaming Team in the final and got the prize of 5,000 PHP. MSIEvoGT.TnC made up the remainder of the podium by taking the 3rd spot. To read more about the event head over to the Mineski website now. Let’s hope for many more of these tournaments in the future.

Another story from the Philippines for you now! The DotA 2 team of Mineski have been invited to compete in the Netolic Pro League. The tournament with a $1,000 prize fund has already seen the two Chinese teams; Vici Gaming and Rattlesnake and the Malaysian team, NeoES.Orange. Eight teams in total will be invited for the tournament, joined by eight more who will have to qualify. The announcement at the Mineski website can be read here. If you and your team fancy a chance at qualifying the Netolic league then today is your lucky day, signups are still open here!

The Invictus Gaming star, Cen ‘YFF’ Jiang will be joining Rod ‘Slasher’ Breslau on LiveOnThree at 01:30 CET. The interview will see the player speaking with a translator so is sure to be a good watch. The casting will start at 00:00 CET but the interview will specifically be later. If you want to check it out then watch it here! 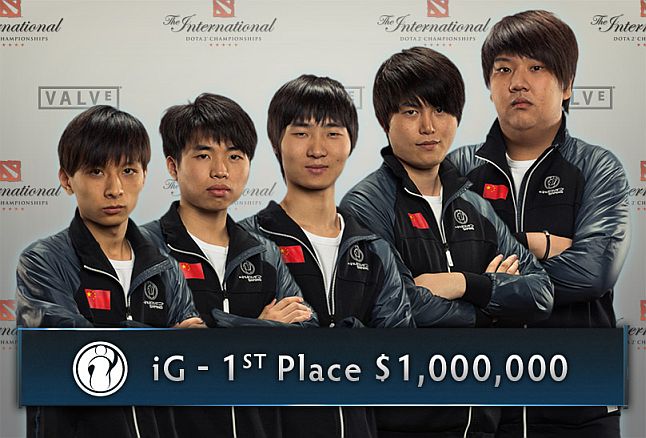 It looks like all of the iG guys are using their public speaking skills as Ferrari has done an interview with Gosugamers. Talking about the team and the recent victory in the G-league, it gives an insight into the mindset of a player who is playing for the best DotA 2 team in the world! To read the full interview, follow this link!

A major reshuffle is underway for Chinese DotA 2 teams, as the G-league has reached its conclusion the organizations are looking at the best way that they can improve their squads for upcoming tournaments and it seems all the big players are at it. The rumors from Gosugamers insiders includes teams such as LGD.cn, Tongfu and rattlesnake. To see all the rumors in a nice table portraying players who are in and out then head on over to Gosugamers now!

The rumor mill was in overdrive over who would be joining WinteR in the lineup for MUFC and they have confirmed two new players today. First up sees a reunion with the player, TFG who played for MUFC back in 2011 and is welcomed back with open arms. The second player is Fzfz who was contracted to Invasion.Red, an agreement has been made to bring him to MUFC and the lineup is looking strong for the future. We will keep a close eye on who the remaining players are that join MUFC. You can check out all the latest MUFC news at their facebook page.

let me help you

Tuesday’s news, SMM is back and so is GEST!

Next Post: Tuesday’s news, SMM is back and so is GEST!
Home RSS
Search