The 23rd March was a historic day within the Philippines and bringing some rules and regulations to the growing world of eSports, Five of the biggest organizations in the Philippines decided to join forces and set up a new organization where they can discuss and make rules to help bring eSports to a whole new level of professionalism and help to protect the players and teams involved within it. There are eight founding members from these five teams; 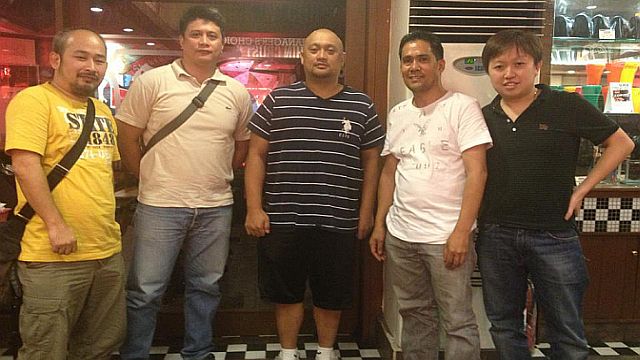 We at BattleAsia wish them all the best in their endeavors. It is projects like this which will truly help to take eSports to the next level of acceptance. You can read a transcript from the first meeting here.

The Asian Gaming League will be holding a tournament from the 6-7th April in Kuala Lumpur. The event will see 64 DotA 2 teams battling it out, including names such as NeoES.Orange and MUFC. The event will take place at the Orange internet cafe and the event is scheduled to be a pretty intense affair, with matches looking to start as early as 09:30. This should be a great event with 64 teams battling out for the chance to be crowned champions. You can check out all the information from the AGL FB page.

The GosuCup VI took place over the weekend and saw a victory from a Singaporean team made up of ex-Flash eSports players. The final saw them go up against the Pinoy team Dreamz, who have been in heavy bootcamp mode over the past few weeks. There was a lot of flaming in the final and although this can be amusing at times, it takes away from the professionalism of the event and ultimately, what we all want to see, eSports in the mainstream. AprilFoolsDay, the team of ex-Flash players took the victory and the $500 prize. Dreamz will have to settle for $300 and the team Thelema took 3rd and a prize of $200. A round up of the final games can be seen here.

The latest games in the G1-League qualifying saw the in form Chinese team Rattlesnake take on LGD.int. The series was close and went to three games with LGD.int coming out on top. It was a must win game for LGD.int after losing their first game in the group and they didn’t disappoint. With some impressive Dark Seer play in the third game, it was quite a series. To read match reports follow this link! To watch all games go to the BeyondTheSummit channel.

GEST March is over

The end of the month sees the end of the GEST March edition. MiTH.Trust were able to take the victory and the $1,000 prize money. They really couldn’t have done it a harder way having to beat MUFC, NeoES.Orange and Chains Stack on the way to the victory. With such an impressive string of results in this tournament, it will be interesting to keep an eye on what this team can do in the future. The final games went to three games and the Thai team were just too strong for Chains Stack who have been in great form lately. They had to settle for the $500 2nd place prize. See all the latest GEST news at their FB page.

The GSL, which took place in Bangkok, Thailand over the weekend has come to a close. The tournament which is one of the premium events in the Heroes of Newerth events calendar saw $60,000 worth of prize money given out and looked to be a great spectacle. The Malaysian team Stay Green managed to take the crown though with $30,000 in prize money! Not bad for a weekend of work! I think its fair to say that the event was a great success. A list of the teams with prize money can be seen below. More pictures and news of the event can be seen here!

venomancer on the lane